Trifecta Nutrition was at the center of some big allegations in the past few years after two former employees filed a lawsuit questioning where the company sourced its food and how it treated its employees.

Though no new updates on how the Trifecta Nutrition lawsuit played out have been released, here’s what we know.

Trifecta Nutrition is a prepared organic meal delivery service that markets itself to individuals looking to achieve weight loss and fitness goals. Trifecta Nutrition was founded by siblings Greg and Elizabeth Connolly. They set out to offer high-quality organic meals to make healthy eating convenient at a reasonable price.

Trifecta Nutrition advertises that Trifecta meals are made with organic produce, humanely raised proteins, and non-GMO. Their healthy meals are marketed as an alternative to the laborious meal prep often required of athletes and fitness enthusiasts.

Keeping in mind that their meal plans are supposed to include organic ingredients and grass-fed meat, and several meal plans are advertised as gluten-free, dairy-free, soy-free, low carb, and more, let’s talk about the lawsuit and its claims.

So the story begins with a lawsuit filed July 9 in Sacramento County Superior Court that names Trifecta Nutrition, the organic food delivery company, its founders Greg and Elizabeth Connolly, Jerry Lamingo, and Chief Technology Officer Tyler Thomas as the defendants.

It brings up issues of fraudulent claims, sexual harassment, and more, leading the public to question the company’s ethics. Let’s break down the details.

Who Filed the Lawsuit Against Trifecta Nutrition?

The lawsuit was filed by two former employees, Cooper Scott Thornton, a customer service manager, and Jodi Charter, a social media and marketing representative. They were fired prior to filing the lawsuit; however, they have brought a lot of documented evidence, such as text messages and photos taken prior to their dismissal.

There are two important organizations in relation to this case– CrossFit Games and USA Weightlifting. Trifecta won the 2017 Sacramento Kings Capitalize competition, which was for local startup businesses. Through this, they struck partnerships with national sports organizations like USA Weightlifting and the CrossFit Games and secured big-name investors.

Because of the partnership with CrossFit Games, Trifecta was contracted to provide food for the top-level athletes at the 2017 Crossfit Games, a high-profile competition. This contract is brought up in the lawsuit, though Crossfit HQ has not released a comment on the allegations.

What are the Allegations?

So, we have given an overview of all the parties involved and the general topics surrounding the case, but there are multiple allegations to break down. The lawsuit alleges workplace misconduct, pay discrepancies, and unethical food sourcing and quality.

The lawsuit claims Trifecta was repackaging processed foods from Nutrition Corp and selling them as their own meals without checking if they met their advertised standards. Concerns were raised about whether Nutrition Corp follows the guidelines that Trifecta claims they use regarding ingredients since Nutrition Corp has a long history of health violations.

When Trifecta was to provide food for athletes at the 2017 Crossfit Games, concerns were raised that they wouldn’t be able to handle the volume required using their current sourcing method (Nutrition Corp) and wouldn’t have the resources to make it all themselves.

Instead, the claim was that Trifecta sourced food from fast-food restaurants and chain restaurant products, such as sourcing Mcdonald’s hamburger buns and pork from a local bbq shack for the meals they served the athletes. Other restaurants like a Mexican restaurant, IHOP, and more were also named in the lawsuit as sources.

CrossFit Games representatives were seemingly unaware that all the food, or at least a lot of the food served to its athletes, was not the same advertised quality until one of the restaurants had called to confirm that Trifecta was, in fact, a sponsor of the games. CrossFit Games was unaware because the defendants allegedly pressured the Plaintiffs as well as other employees to lie when asked about the origin and nature of the food, and food delivery vans were coordinated to be unmarked when delivering to the venue.

The plaintiffs also claim they were not paid for overtime and travel expenses. It was discovered that the company did not file for a California business license during the first months of operating, as the employees were being paid out of Connolly’s personal accounts, which are being reviewed for possible tax evasion.

Additionally, both former employees received promotions just days prior to termination, so they are seeking monetary damages for that as well.

Both plaintiffs have also claimed that the defendants fostered and encouraged workplace sexual harassment and substance abuse citing multiple advancements from the Connolly’s and a graphic photo including illegal substances, firearms, and an adult toy that was circulated.

They allege that several times they were subjected to inappropriate communications, including sexual harassment and condescending and abusive language.

In an interview with Morning Chalk Up, a representative from Trifecta Nutrition commented on the lawsuit. “Trifecta strongly opposes the allegations and claims present in the underlying lawsuit. While we cannot discuss the details of pending litigation nor provide specifics regarding the alleged claims at this time, we look forward to correcting the record regarding the salacious and misguided claims brought by these two disgruntled fired employees.”

Dan Schneiderman from Witan Law Group, the legal team representing Trifecta, also stated to media sources, “This is an honest, hard-working company that’s made its way from a concept to a startup to a successful company. We believe that the accusation and allegations in the complaint are ultimately trying to form an unfounded narrative to say that a certain culture exists at Trifecta that quite frankly does not exist in that manner. We believe that the allegations are unsubstantiated and are founded mostly out of retribution from two disgruntled employees.”

Additionally, Schneiderman told the media that the lawsuit was in the media prior to Trifecta being served.

This lawsuit was more than 100 pages of claims, and in making a formal judgment about the company, it is important to look at how it all played out in court. However, other than the filing of the initial documents, there has not been other information released to the media because the case was settled without ever making it to court. 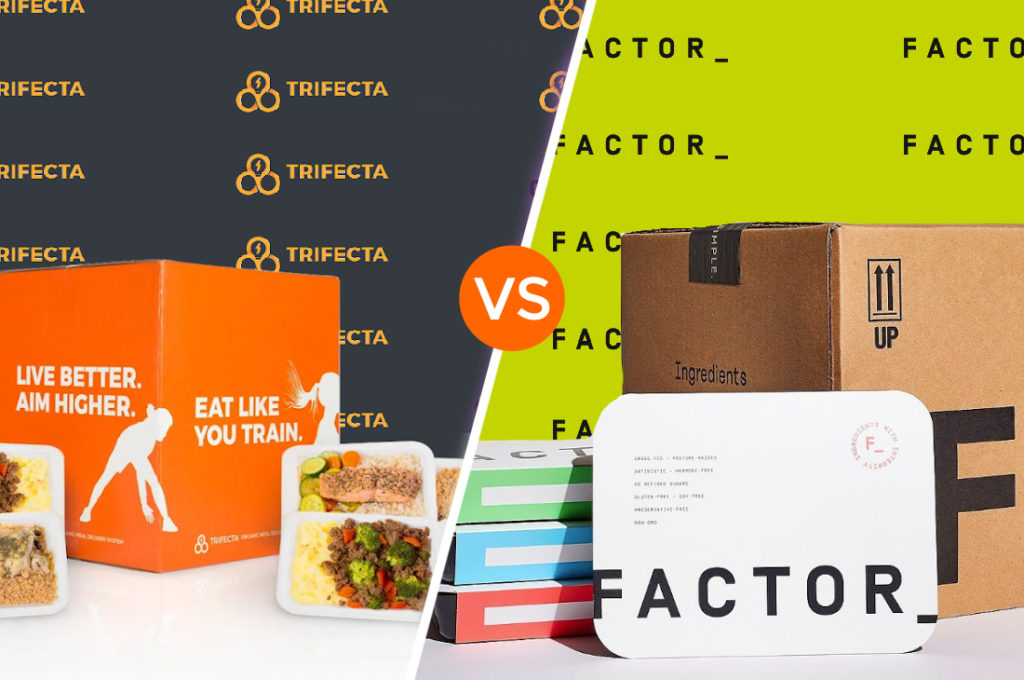 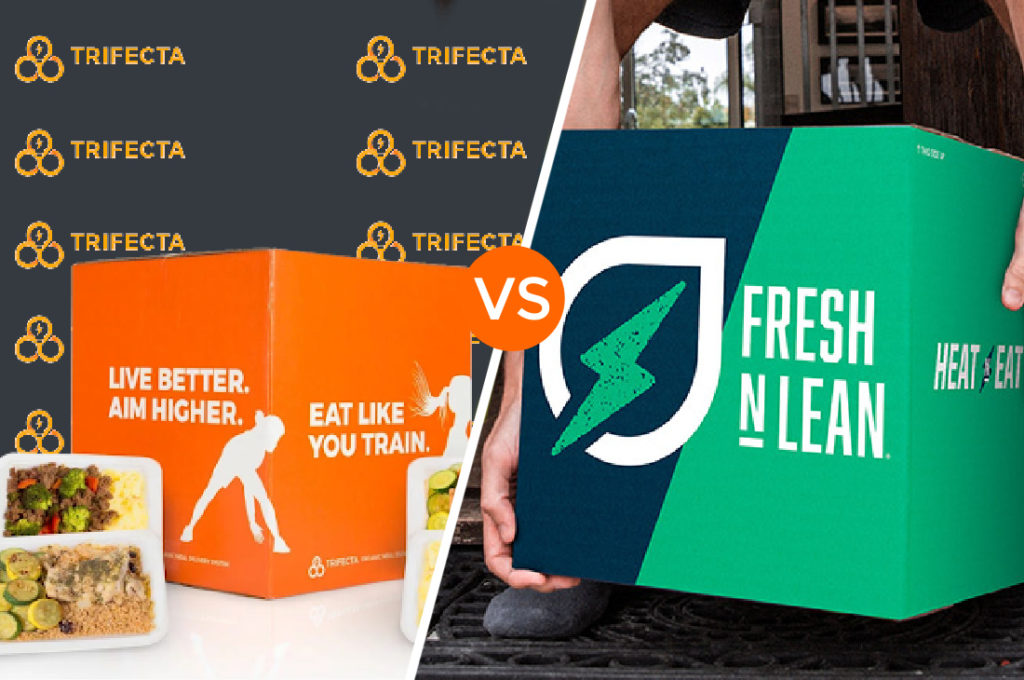 We understand the challenges of choosing a healthy meal delivery service. That’s why we compared… 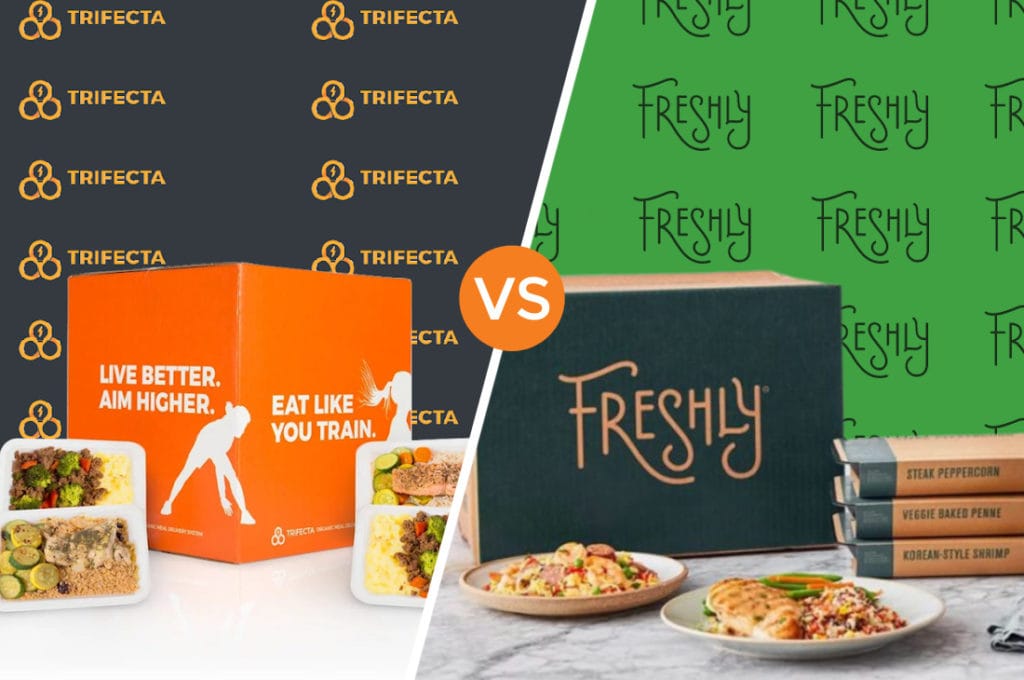 Struggling to decide between Trifecta and Freshly heat and eat meals? Simplify your dinner plans…

Trifecta features fully prepared healthy meals in a variety of diet plans with a focus on clean eating, and nutritionally geared meals. 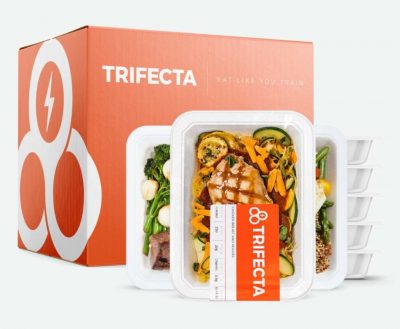